Outreach in India is challenging, as Hindu fanaticism threatens Christian life and witness throughout the country.

India is a hard place to do ministry. More unreached people live here than anywhere else on earth. In many areas of northern India and Bhutan, less than 1% of the population is Christian. Remainders of a harsh caste system make evangelism here particularly difficult. Low-caste individuals who embrace Christianity may become ostracized even more, while higher-caste members of society see little need to follow the humbler example of Christ.

Good education and health services are also lacking inside the region. (A mere 55% of women are able to read, and overall life expectancy in the country is a shockingly low 63 years.) Despite the many challenges to sharing the gospel that exist in South Asia, through radio and the hard work of pastors and lay leaders, Christ is drawing hearts to him. Thanks to the generosity of Words of Hope supporters, broadcasts in four different heart languages can be heard by those who still need to learn the truth.

“A young man came to know the Lord through the Garhwali program. His joy was complete and now all he wanted was for the rest of his family to be saved. He encouraged his brother to listen to the program. He too was blessed and accepted Jesus as Savior. The brothers are now praying for their parents who have also now started listening to the programs.

The Angika language is alternatively classified as Chhika-Chhiki, a variant of Maithili. It is the native language of Bhitan and Jharkhand states of India, and the Terai region of Nepal. Angika is spoken by about 15 million people.

Assamese, also known as Asamiya, is the official language of the northeast Indian region of Assam. Assamese is spoken by over 23 million speakers worldwide, and is one of the 22 official languages of India.

The Bhaderwahi language is spoken in the Bhaderwah region of Jammu and Kashmir in India. Bhaderwahi is commonly called Pahari; some speakers may even call it a dialect of Dogri. The language of Bhaderwahi is considered endangered and does not have any official status. Parents are not teaching the language to their children, and it is being replaced by Urdu/Hindi or Kashmiri. It is spoken by 120,000 people.

Dogri is spoken by the people in the southern half of the northernmost Indian state of Jammu and Kashmir. Kashmir is predominantly Islamic, while the majority of the population in Jammu is Hindu. These states are located in the Himalayan Mountains, where many of the people still seek after “god” by praying to idols in temples.

The Garhwal is a mountainous region where the River Ganges emerges from the Himalayas. It is home to many of Hinduism’s holiest sites with numerous shrines for Hindu pilgrimage. The Garhwali people listen to radio—the only available means of taking the gospel to these mountain dwellers. The Garhwali language is spoken by over 4 million people in the Garhwal region of the northern Indian state of Uttarakhand. This region still faces the problems of illiteracy and poverty. Radio is an effective tool to reach the many Garhwali listeners with the message of God’s redeeming love.

Gujari (also known as Gurjari, Gujri, Gojari, or Gojri) is spoken by the Gurjars and other tribes of India, Pakistan and Afghanistan. There are roughly one million native speakers of Gujari. The Gurjar people are an agricultural and pastoral community of India, Pakistan, and Afghanistan. The Gurjar people are religiously and regionally very diverse.

The Haryanvi language is spoken in the state of Haryana in India, and also in Delhi. Haryanvi is spoken by nearly 10 million people, and is a dialect of Hindi and is written in the Devanagari script. Haryana has a unique and notable culture of traditional folk music and dancing, which has been the backdrop of some Bollywood films.

In the state of Haryana, Christianity is .2 percent of the population, with the vast majority of people (87 percent) practicing Hinduism.

Hindi is spoken by 407 million people, of which 80% are Hindu, with an official estimate of only 2.4% Christian. The ministry of Good Books Educational Trust (GBET) began in the 1960s with the establishment of Christian bookstores. Through its partnership with Words of Hope, GBET broadened its outreach in 1978 to provide Christian radio programming and publications. Responses are received through telephone, email, text-messaging, and postal mail. The ministry conducts personal field visits as well as ongoing Bible correspondence courses.

Perched high in the Himalayas in a long-disputed region along the India-Pakistan border, Jammu and Kashmir is India’s only predominantly Islamic state. Since November 2011 Words of Hope has not been able to produce Kashmiri programs, forcing the radio broadcasts to be discontinued. Kashmir’s highest official of Sharia law not only banished the only Christian pastor, but also the coordinator of Words of Hope’s Kashmiri ministry. The charges were “propagating Christianity” and “luring Muslims to Christianity by exploiting their financial conditions and promoting immorality.” Their actual offense was baptizing people who had turned from Islam to Christ. The government of Kashmir agreed to enforce the verdict of the Islamic court with a “lifetime ban,” forbidding these Christian leaders from ever reentering the state. The Words of Hope ministry leader and his family were forced to flee the state, abandoning their home, possessions, and the small studio where Kashmiri radio programs had been recorded.

Kurukh is a local language of the people of Jharkhand, and is spoken in India as well as Bangladesh, Nepal, and Bhutan. The two tribes who speak the Kurukh language are the Oraon tribe and the Kisan tribe, with 1,834,000 and 219,000 speakers respectively. The literacy rate is 23% in Oraon and 17% in Kisan. Despite the large number of native speakers, the Kurukh language is on the UNESCO list of endangered languages.

The Magahi language, also known as Magadhi, is spoken in Bihar, Jharkhand and West Bengal states of eastern India, and in the Terai of Nepal. Magahi is spoken by over 12 million people, but has not been constitutionally recognized in India.

The Maithili language is spoken mainly in the Bihar and Jharkhand regions of India. It is one of 22 recognized language in India, spoken by 50 million people. It is the official language of Bihar, India.

Odia is one of the 22 official languages of India, and is spoken by over 33 million people in the Odisha region and beyond. Christians in these communities face severe persecution; less than 3% of Odia speakers are Christians, most of them tribal people living in remote areas. In 2008, violence against Christians resulted in the death of more than 50 believers, and the burning of more than 730 houses and 95 churches. In 1999, Australian Missionary Graham Staines and his two young sons were burnt alive. Words of Hope began recording and distributing messages in the Odia language in 2016. There is much work to be done in the region.

The Punjabi language is written in multiple scripts (a phenomenon known as synchronic digraphia). Each scripts currently is associated with a particular religious group. Punjabi Sikhs in India use Gurmukhi; Punjabi Muslims in Pakistan use Shahmukhi, which is similar to Arabic script; Punjabi Hindus in India use Gurmukhi or Devanagari.

Punjabi has an extensive literary history, but was not recognized as an official language until 1947, along with Pakistans independence from the United Kingdom.

The Sadri language is spoken by people living in several of the eastern states of India. It is similar in some ways to Hindi, and is considered by some to be a dialect of it. About four million people speak the Sadri language. The caste system can still be encountered among those living in this region, an issue that gospel radio programming can speak truth into. The primary religion in this area is Hinduism, and estimates show that as few as 2% of the population is Christian at this time.

Urdu is the national language of Pakistan. Urdu is closely related to Hindi and is a form of the Hindustani language. There are more than 100 million native Urdu speakers in India and Pakistan together. The Urdu language is the 21st-largest first language spoken in the world, with approximately 61.9 million native speakers, and the 10th most widely spoken language in the world. Some Indian schools teach Urdu as a first language. Urdu is also commonly used in India’s Bollywood industry, especially in songs. 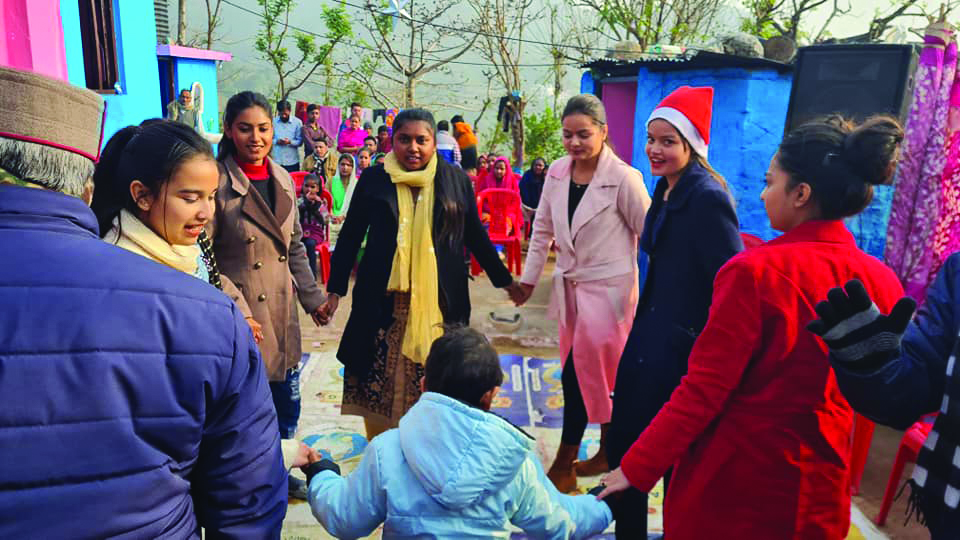 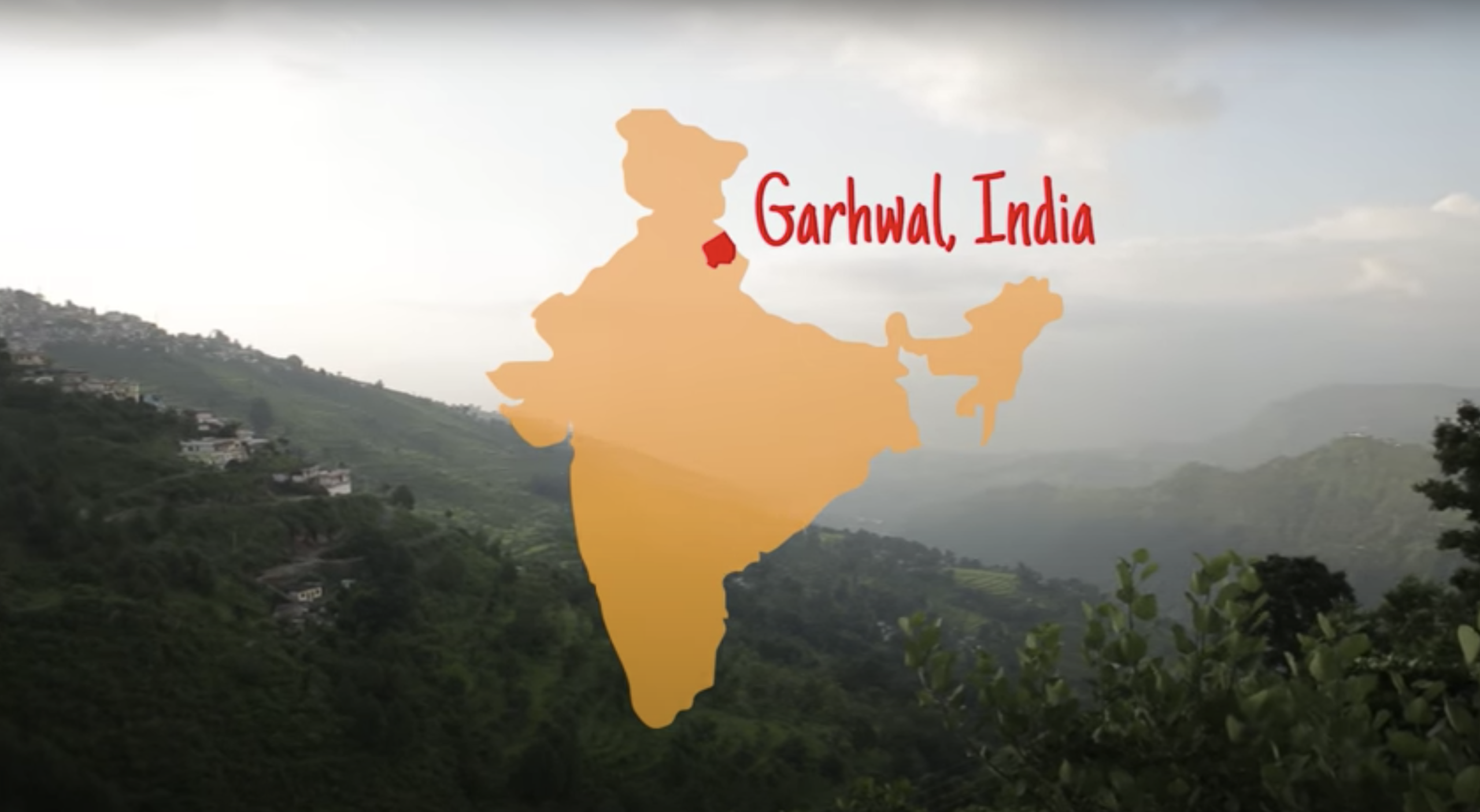 Reaching the Garhwali Community in India

The Garhwali community lives in the remote regions of the Himalayas, far away from Delhi. Garhwali listeners tune into our…
Read More 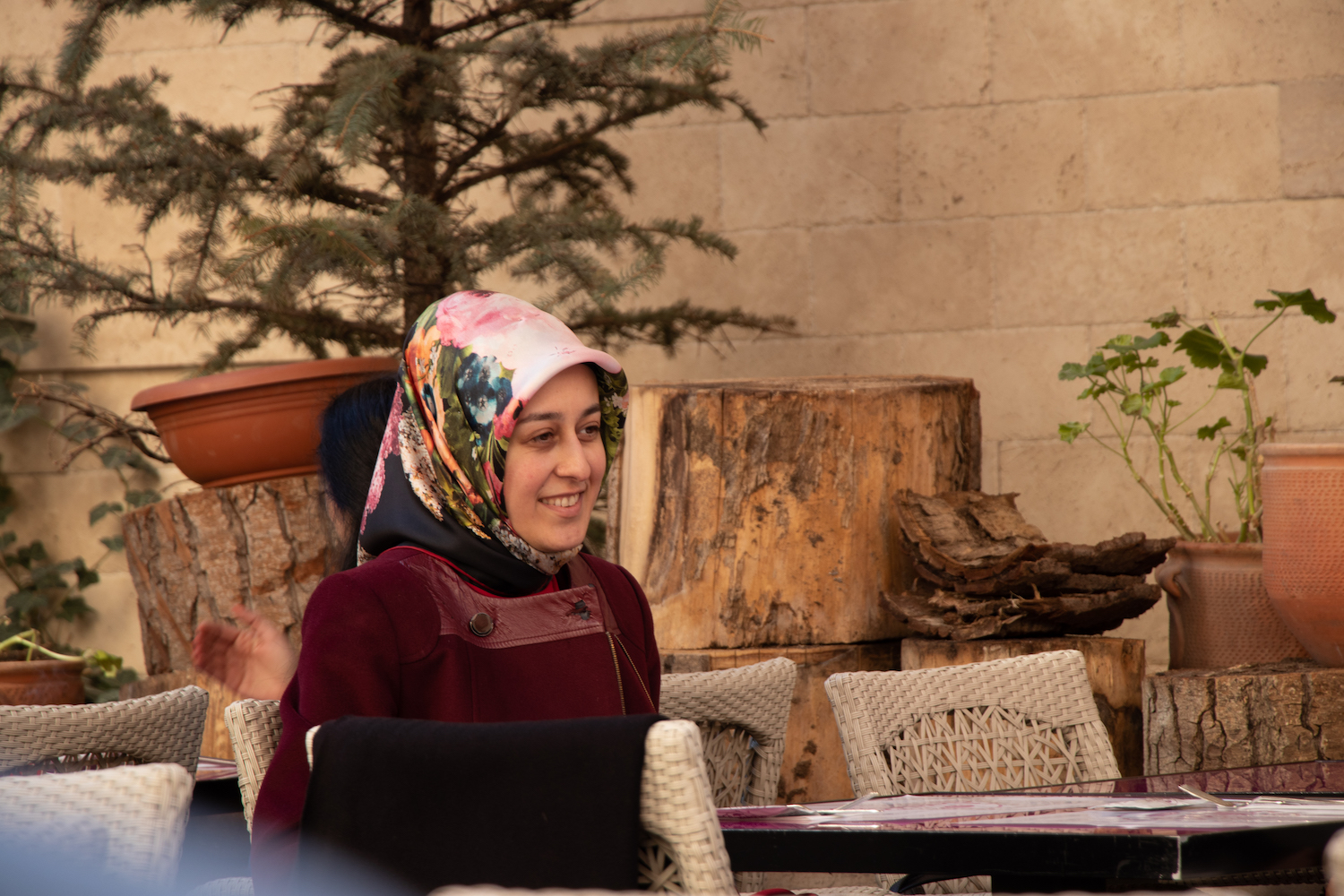 INDONESIA — We give thanks for the start of a new listener community in Indonesia. The group name is “Galilea,”…
Read More
Grow in Your Faith