When Bahati’s father learned that she was listening to Christian radio programs, he gave her a choice: give up the radio or leave home.

Bahati did not have an easy start to life. She grew up in Niger, a country with high levels of poverty. Her first marriage ended in abuse and rejection at the hands of her husband.

With two children to support, Bahati returned to her family’s home. She lived peacefully there for a time, but one day she heard a radio program that would change everything.

Words of Hope and Reframe Media work in the region to produce biblical programs. One of these programs reached Bahati that day. At the end of the message, the speaker announced when to tune in again to learn more.

Bahati listened day after day until she heard a program based on Psalm 51 that explained the Christian understanding of forgiveness.

“Through listening to the program, I learned about the real meaning of forgiveness, and I understood that is what is missing in my family life,” she says.

Not long after that, Bahati’s father discovered that she had been listening to Christian radio. He was furious.

When she would not reject her newfound faith, Bahati’s father did the unthinkable. He kicked Bahati and her young children out of the family home to live on the street. Then, he went a step further.

Bahati had been making money by cleaning homes for her neighbors. Her father went around the village and told everyone she had worked for that they ought to no longer hire her on account of the dangerous teachings she was listening to.

Alone and afraid, Bahati found a large tree to shelter under with her babies while she prayed for help and answers.

“It was not easy for me to protect them from the sun and the rain,” she says. In order to afford food for her children, she would fry donuts and sell them from the roadside, or offer to wash dishes or clothes for people.

An Answer to Prayer

As her situation became worse and worse, Bahati confided in a woman who belonged to a nearby church. She was able to connect Bahati with the family of the Words of Hope pastor whose radio programs Bahati had been listening to.

Bahati and her children traveled to the city that the pastor lived in, and his family welcomed all three of them to stay in their home.

A woman named Louise, who works for Reframe Media (in the United States), had the opportunity to meet Bahati the day she arrived at the pastor’s home.

“She was so, so thin,” Louise remembers. “Very, very thin and very self-conscious. She still had her head dress on, and she looked down the whole time. It was very difficult for her to shake our hands since she had grown up a woman and a Muslim and very supressed.”

Over time, in the security of her new home, Bahati began to improve. A year later, on another trip to Niger, Louise met Bahati again. What stood out to Louise the most the second time was Bahati’s smile, “something robbed of her for so long before she became a part of the church.” Now, Louise explains, she is able “to wear her Christianity on the outside instead of hiding it on the inside.”

As her confidence grew, Bahati dared to dream bigger.

Bahati told her church family that she had a desire to know God’s Word better. The church leaders directed her to a nearby Bible school that would provide an appropriate framework for her spiritual growth. The church offered to pay for her tuition and housing so she could attend.

At the Bible school, Bahati met a faithful and sincere young man who was also completing studies there. The two married this year in a joy-filled ceremony. After graduating, the couple plan to give their lives to the great work of evangelism.

Though time has passed, Bahati’s relationship with her family is still strained. Women in her family have spoken to her on the phone, but only to exchange brief greetings and nothing more. They have never asked where she is living, how her children are, or how they were able to survive. And to this day, her father has not said a word to her.

Reflecting on the radio program about forgiveness that originally drew her to faith in Christ, Bahati says: “Despite all I have faced, I fully forgive all my family members, even my father. I also ask God to forgive them for all they did to me and my children. My prayer for them is that God shines his light upon them and speaks to their spirits, so that they will accept the truth of the gospel and give their lives to Jesus for eternal life.” 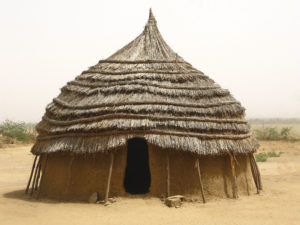 A year ago, a resident in Niger informed Words of Hope’s Hausa language producer that he was suspicious of our Christian programming. As a Muslim, he expected to find much of the content of our Hausa programs offensive. He was angry at the thought that local programming might be attacking the majority Muslim faith of the region. 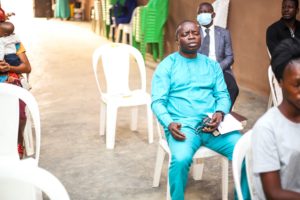 In the country of Niger, Christians—especially new converts—can be subjected to persecution.  One of our producers explains: “The challenge is keeping up with listeners who want to accept Jesus as 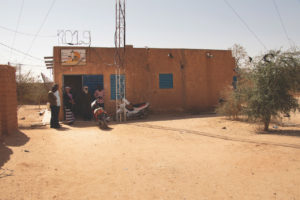 The country of Niger has an overwhelmingly Muslim majority. In fact, 99% of the population self-identifies as Islamic.  Niger does maintain separation between church and state, meaning that legally individuals

Niger is one of the most impoverished countries in the world. Many individuals there are barely surviving on scant incomes and meager farming resources. Your support of Words of Hope in Niger is providing much-needed income for evangelists in the country who would not otherwise be able to serve as ministers while also supporting their families. 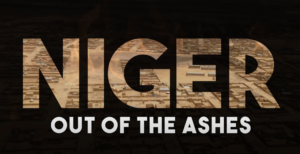 Niger: Out of the Ashes

In January of 2015, a group of Muslim protesters lashed out against Christians in Niger. The protesters were angry at Western media portrayals of their prophet. In a shockingly organized