The Journey to Nebbi

In which Daniel, Jon, and Megan travel to northwestern Uganda to visit a new Words of Hope radio station, and nearly get washed away enroute.

The day was mild and sunny as we set out for the Nebbi region of northwest Uganda. At the start I naively asked, “The drive is what, about five hours?” I was surprised by laughter. At least seven or eight hours I was assured. The distance is not so great, but the roads are rough.

The Director for Words of Hope Uganda, Titus Baraka, decided to drive the three Americans (Daniel Harris, Jon Opgenorth, and myself) in his own vehicle. The rest of the local team would divide into two additional vehicles. When we inquired about squeezing more people into vehicles to avoid driving so many, we were greeted with laughter again. “Americans will complain after so many hours and so little leg room,” we were told.

Titus picked us up and drove us to the Words of Hope Uganda office so we could all leave at the same time as a team. Food, bags, and people were packed, doors slammed, and the journey began. But two minutes later, Titus’s car stalled out. The engine continued to cut out every time the breaks were applied. Car one was down!

The team regrouped and formed a new plan. No longer could the Americans enjoy the spaciousness of only two people per bench seat. For the rest of the trip someone would always be stuck in the dreaded middle. Another member of the team, Esmond Serunjoji, volunteered to drive the Americans and Titus in his rugged four-wheel drive truck.

We were off again, and we enjoyed good roads for hours. Jon exclaimed over newly paved tarmac that had been modernized since his last visit. I took pictures of baboons and water buffalo out the window.

But the closer we got to Nebbi, the rougher the roads became. “Welcome to Uganda’s holy roads,” laughed Titus, as we bumped and jostled one another in the back of the truck. 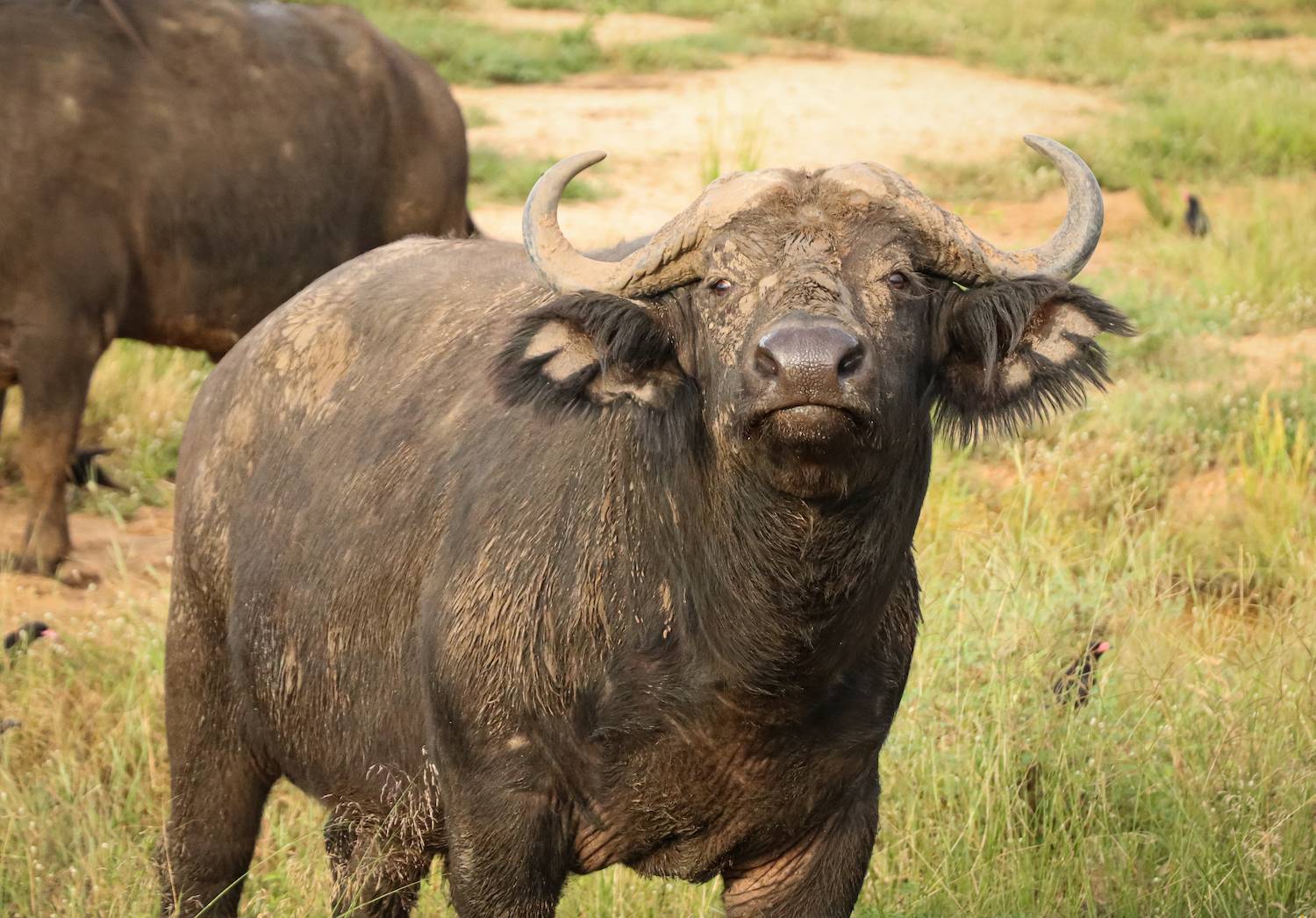 We passed by a school, and I snapped a picture of the waving children in the yard. Glancing down at the picture on my camera, I saw that the children were standing around a sign that said, “Avoid Risky Places.” We laughed and continued on our way.

As the sun went down, it began to rain—heavily. Red clay and stone speed bumps and potholes barely illuminated by our headlights sent us flying up and down in our seats. “A true exercise for our seating materials,” Titus smiled. “We’ll all have a Ph.D. in sitting by the end of this trip.”

The road to Nebbi climbed steadily up into the mountains as the rain continued to wash away the road and the truck choked and struggled through the puddles. Then with a sudden whirr and cloud of smoke, the transmission blew. We sat in the car in darkness punctuated by the bright lights of huge trucks squeezing past us. A chorus of director-level men in the vehicle began talking out the problem and possible solutions. Esmond started and restarted the car, trying the gears. Jon texted the team back in America to ask for prayer that we could somehow still reach our destination safely. 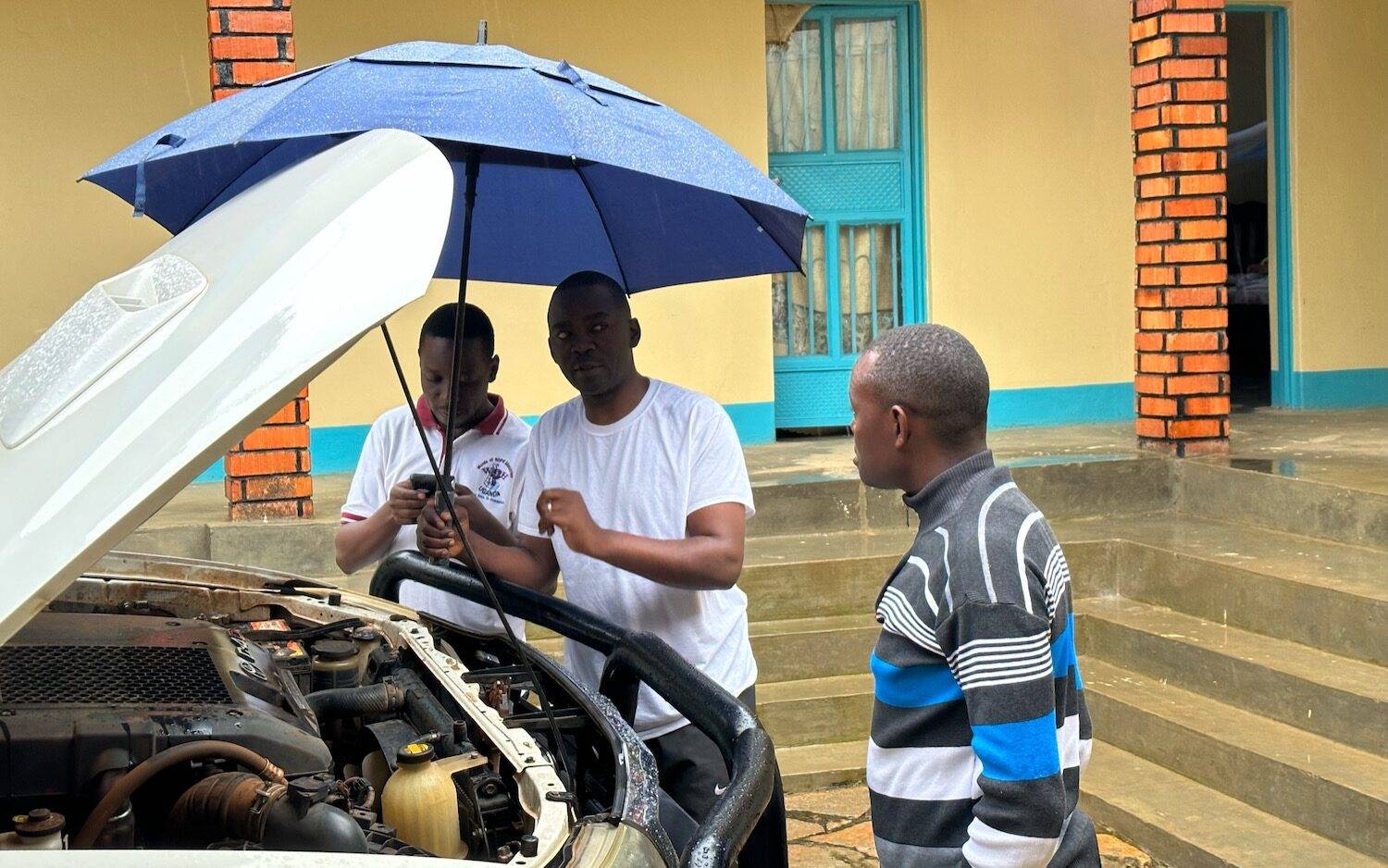 Thankfully, Esmond was able to continue driving his truck, though in first gear only, crawling up the mountain at the pace of a stroll. The minutes stretched longer as we splashed slowly on.

In the end, we did reach our destination safely at about the ten hour mark. We were greeted with umbrellas, food, and beds. Esmond’s car was no longer driveable. Not only was it stuck in first gear, but it was also unable to shift into reverse.

Mechanics from Kampala agreed to take a bus through the night to come work on the vehicle. But they were waylaid by a bridge that had washed out in the storm we had just driven through. It would take several more days and mechanic trips to get the car in driving condition again.

A third car was volunteered for us for the return journey, and that one held out, though it also had to go into the shop for some repairs after.

The region of Nebbi is extremely remote. It is clearly a difficult place to reach by vehicle. But it is also a strategic location for a new radio station. The 60 meter mast that we’ve installed is now broadcasting the hope of Christ, not only in this area of Uganda, but also across the border into the Democratic Republic of the Congo and South Sudan.

Radio programs and the live call-in options that we offer can reach across these distances immediately and put us in touch with people that we might otherwise never have the opportunity to see. When it comes to giving people access to Scripture, we cannot afford to avoid risky places. We find ways to reach people wherever they are, with your support.

Megan Nollet is the Director of Communications at Words of Hope. She is married to Eric and has two young children. She loves to go on adventures with her family, read good books, and day-dream about her next travel destination.