Last year as COVID-19 was sweeping the world, Sepideh, a newly-divorced Iranian woman, found herself forced to move back in with her parents. Lonely and discouraged, Sepideh was glad for the chance to reconnect with an old college roommate who had some hopeful news to share.

Sepideh is one of millions of Iranians who want to know God—really know him. “This is the right time to share the good news,” says Words of Hope’s Iranian leader.

As the world continues to encounter death and disease at heightened rates, his message is this: “You don’t need to work so hard to get to heaven. Simply by believing that Jesus died for you, you can be saved! It does not depend on the scale at the end as it does for Muslims. Many people on my team are using this time of the pandemic as an opportunity to share their faith.”

Sepideh discovered that her old friend, Frida, regularly read a Bible, and had converted to Christianity some years before. Frida has received discipleship and evangelism training thanks to your generous support, and now her story of faith felt like an answer to prayer for Sepideh, who, after talking with her friend, read through the New Testament in a matter of days.

Frida explained to Sepideh that her church community was a group of Iranian believers who met online twice a week—once on Tuesdays for a discipleship class, and once on Sundays for worship, preaching, and prayer. The online meetings are organized by Words of Hope, and monitored such that participants use fake names and only hear each other’s voices for security purposes.

Sepideh was eager to attend the online fellowship, so Frida explained her friend’s story to the team. Excited by the opportunity to witness, the team immediately changed their entire Sunday service plan so that it would be a warm welcome for Sepideh—a seeker-friendly explanation of Christianity and an invitation to accept Christ.

“This was a joyful moment,” shares the team leader. “Really Sepideh has grown in her faith in two months what others might grow in a year.” Already Sepideh has brought her mother and one of her sisters to faith as well. And Frida continues to walk alongside her friend on the journey, coaching her and praying with her regularly.

PrevPrevious Blog PostGood News. All Ways.
NextBiking for Words of HopeNext
Prev
Next

Words of Hope’s Persian discipleship classes exist to give Iranian believers a safe space to grow in their faith alongside other Christians. The conferences also provide training for lay pastors. 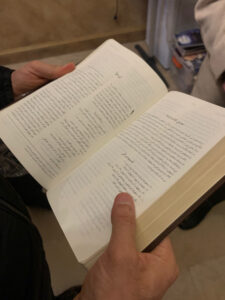 Iran is one of the most dangerous countries for Christian converts in the world. There, new believers are at risk of persecution if their decision to follow Christ becomes known 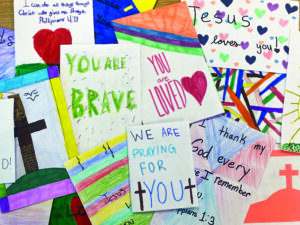 Words of Hope organizes discipleship conferences for Iranian Christians multiple times per year. Since it is not safe to openly gather for Christian teaching inside the country of Iran, these 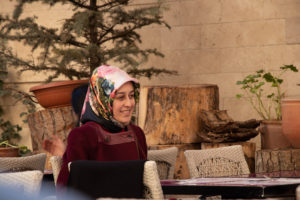 People have a lot of ideas about individuals from Iran. But after attending a recent Persian Training Conference, Adam Navis, Words of Hope’s Persian Ministry Coordinator, can say that one 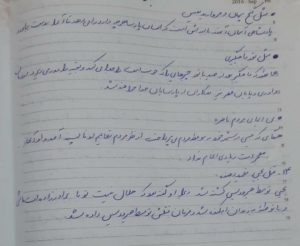 Amir lives in Iran, where converting to Christianity is illegal and where sharing your faith can be persecuted with time in prison, or worse.  Despite the government trying to stop

The Mystery of Belonging